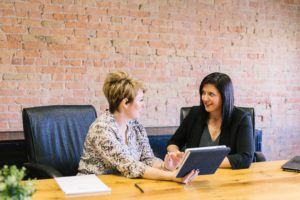 Productivity and the role of the PA

Fundamentally, jobs are paid on productivity and in many businesses productivity is seen as a cost versus output equation – particularly in roles that are fee earners. But what if the role is a support role? One that traditionally won’t directly bring in business but will aid those that do? This person’s output is just as essential as those of the fee earners but should they be simply viewed as an overhead?

The War for Talent

Back in 1997, there was a seminal research piece carried out by McKinsey & Company called The War for Talent. The consultancy looked at what makes a high performing company and what made staff likely to be high performers within it. Since being published, the findings have been revisited and interrogated and their conclusions have helped to inform talent acquisition, people development and reward and compensation strategies on a global level.

One of the things that made this research particularly ground-breaking was that it focused on identifying and developing the most productive employees and didn’t just look at turnover rate.

Within this piece, they considered the value of support roles and what the characteristics and benefits of high performing staff were within the most successful teams.

McKinsey’s War for Talent suggested that a PA can add value by taking away aspects of their boss’ work that frees up more time for them to ‘win the business’. A great PA takes responsibility for the productivity for their department and shouldn’t measure themselves against what the boss wants but what the boss’ department needs.

A great PA – a PA of the future – will have a direct bottom line impact on the productivity of their department by actively managing the needs of the department and freeing up time for the fee earners.

Technology and the future of the PA

So as technology advances – where does that leave the PA? And how will it impact their day-to-day work?

Whilst artificial intelligence is great at repetitive tasks, the importance of emotional intelligence in the role of a PA can’t be underestimated. When I take a brief from a client, the brief will often include attributes like proactivity, communication and listening. They are a relationship builder – both internally and externally – and they need to be the eyes and ears of an organisation. Understanding people, understanding situations, having the ability to adapt and being that ‘trusted advisor’ to someone are all traits that technology simply cannot match.

PAs and administrators must be viewed as a value add, not a cost. As work evolves and our ability and desire to measure success in terms of productivity increases, the quantifiable aspect of added value to a job will only become more essential to the judgment call when creating a role and hiring for it.

Productivity should be more than just a measurement of output, but of the quality of that output. Research shows that the most productive workers are those who have the right skills for their job and are on track to gain the right skills for future jobs within the organisation through training, development and career planning. This leads to employee engagement and agile working which are both key components to improving productivity.

UK
240000
A Prestigious Members Club are looking for a Purchase Ledger Clerk. The role is looking to pay 20-24k plus performance and Christmas bonus, includes free breakfast and dinner. This role is based in Ba...
More Information

Birmingham
28000
My Client based in Birmingham are looking to recruit a Front of House Manager to manage their new and glossy Front of House Guest relations area. Free parking is provided onsite. The role will entail ...
More Information

Chelmsford
25000
This well-known financial services company has an opening in their KYC team. This role is a great entry point into the financial world working for a highly regarded organisation! They are looking for...
More Information

Mayfair
Up to £50,000 (pro rata)
Dynamic Investment Team within Private Equity are seeking a Part-Time Team Assistant to join them as their key business support in a job share working three days a week. This is a fantastic opportunit...
More Information