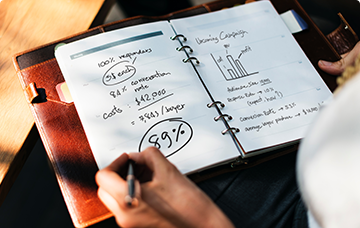 The best investment you’ll ever make

In the early days of running the business I used my knowledge of human nature helped by my Teacher training course where my teaching subject was Biology. I perceived every adult as a child – just a bit older with a few wrinkles, a public face to disguise vulnerabilities, but with the same needs and individual preferences they might have had as a child.

I had never been on a Leadership Development course and felt I should know what it was all about – not to be behind the curve. The course was in five sessions and in the evenings, after a hard day in the office. It was expensive, the equivalent in today’s money of £2,500. For that I could have bought a several outfits, a holiday, and a new carpet. These thoughts were in my mind as I entered the dingy training room near Gloucester Road tube station. Next thought was ‘Crikey! Am I the only woman on the course?’ And of course I was.

The thirty delegates were largely from utilities, large pharmaceutical or computer companies. The charismatic presenter called Robin took us through the course focused on motivational psychology with many examples drawn from nature. I felt on familiar territory. Imagine a huge elephant being held captive by a puny stake in the ground and imagine how our ambitions in life were as attainable as freedom was, in reality, to the elephant.  We were invited to liberate our minds and imagination.  For our fifth session we were to choose a topic on which to speak for seven minutes. We had the week to prepare, with visual aids to support.

The subject I decided on was visual signalling in animals, with a twist in the tail. I am fascinated by the way make-up changes the look of a person.  In skilled hands it can be used to extraordinary advantage or give eye-watering outcomes. Also I have a dread of being boring and see it as a social crime. I decided on shock tactics to liven my performance.  As the lone female I set out for the debacle of our final evening.

My speaking slot was last. I listened to the other twenty-nine as they presented, expecting to be impressed and intimidated by the standard largely because they were men. But they were nervous and anxious to avoid making fools of themselves. Most read from notes. We listened as each speaker thudded into an elephant hole – and those were the good bits. It was dull. The bell rang – my turn.

My antiperspirant tested to the limit, failed. I talked about modes of attraction different animals use to attract a mate. I created a potted Planet Earth and whizzed through pictures of Lyre Birds and Birds of Paradise displaying. I cut to the chase and moved on to primates, approaching the climax of the talk. I zoomed in on the colourful face of a female Mandrill and then her rear that was at the height of her oestrous cycle. Even to the untrained eye, they bore a marked similarity. I drew the parallel between the Mandrill’s colourful facial and rear end markings and that of their girlfriend’s lipstick and eye shadow on a Saturday night. I held up a lipstick, inviting respect for this chemical wand, implicated in the procreation of the human race.

The young men had listened with rapt attention and now cleared their throats in unison, rather like flu victims in my local NHS waiting room. They coughed more than they clapped. They didn’t find it funny and my joke fell flatter than a flat thing. I think it was the Saturday night reference that got them – just too close to home. I wished I had chosen a different subject. Now I was embarrassed because they were. I scarcely heard a word from the facilitator as I drowned in a fug of shame.

It was not my greatest moment or presentation but I had been provided a safe space to practise my embryonic talent – and as they say – no one died.  Since then I have had to represent the company on numerous platforms here and abroad and have been grateful for that early learning.  It also helped to know others suffer the same torment and horror of public speaking. It was valuable seeing male performances against mine.

It is significant that at a time when only boys were considered suitable candidates, Henry VIII opted to give his daughter Elizabeth lessons in rhetoric. The training was vital to her success in governing the nation. I have been thrilled to see women speaking all over the world and give wonderful, thoughtful performances, their material carefully honed to fit their audience in a way that their male counterparts often fail. I have observed many men using inappropriate illustrations from the world of football or engineering in talks clearly intended originally for a male audience, with no attempt to remodel it for female delegates.

Clothes, holidays, carpets are nice, but they are the ephemera of life – they get spent, worn out or wine spilled on them. Investing in YOU is forever. That early investment in training proved invaluable, giving me confidence to speak up in public meetings, committees and larger forums. The sound of your own voice for the first time is truly shocking but using it well helps influence others. To carry others with you is a powerful tool and life skill for all of us occupying Front of House roles as PAs as well as CEOs.

West Midlands
£8.72 - 10.00 ph
A well-established professional services organisation is currently looking for a dynamic, organised individual with previous administration experience to join them as a temporary administrator till th...
More Information

UK
£30000
A super impressive financial services firm based in absolutely BEAUTIFUL offices in the West End is seeking an immediately available Payroll and HR advisor to join their team of 5 during an extremely ...
More Information

London (City of London)
Up to £70k
My client is a global company within the professional services sector and is looking for an HR Business Partner with a focus on supporting with rewards management, for a 12-month contract. You will l...
More Information